You are here: Accueil ★

In a suspicious turn of events, the major media has so far refused to speculate about motivation for the Nashville bombing on December 25th.

So let’s consider the circumstances. First, we know fair warning was given, https://twitter.com/newsypaperz/status/1342662937136263169 and takfiri terrorists never give fair warning before any attack, so the attack was not perpetrated by takfiri.

Second, the Left has not done anything like this for fifty years — at least in the United States — thus a leftist terror plot is exceedingly unlikely, too. Third, the target was apparently a major telco Connecting Office, an always non-descript telecommunications building, heavily reinforced, containing no windows. According to the map, this is a 5G facility. https://www.arlingtoncardinal.com/2020/12/nashville-rv-explosion-occurred-near-atts-nashville-main-central-office-containing-telecommunications-equipment-knocked-out-9-1-1-service-cell-phone-service/

Next, consider that the Department of Homeland Security has warned about 5G contagion conspiracy threats https://www.wired.com/story/the-dhs-prepares-for-attacks-fueled-by-5g-conspiracy-theories/ where believers have intention to attack 5G cell towers.

The conspiracy is that 5G technology spreads the virus, https://www.ncbi.nlm.nih.gov/pmc/articles/PMC7506181/ or suppresses immunity to it.

5G conspiracy buffs have an amazing Orwellian capacity to believe that C-19 is a hoax, with a coincident belief that 5g spreads it.

At least seventy-seven cell towers have been attacked https://www.cnet.com/health/5g-coronavirus-conspiracy-theory-sees-77-mobile-towers-burned-report-says/ in the United Kingdom. And cell towers have been burned or destroyed in Joshua Tree, California, and Pahrump, Nevada. https://www.reviewjournal.com/crime/no-terrorism-found-so-far-in-nye-cell-tower-inquiry-2026323/ In these cases no prior warning was given, and no credit taken by the 5G theorists.

Whatever the reason for the attack, it seems that speculating about motive for the attack does not suit the major media right now. That’s strange because the five huge media corporations love to push their own false conspiracies, so this attack is somehow outside that scope… at least so far.

Let’s never assume the media are waiting for hard facts about this case from law enforcement, rather than publish something stupid. So somehow this bombing does not compute with the media’s usual modus operandi to push Deep State propaganda. In itself the corporate media’s inability to spin this event to suit their own false narrative is perhaps a significant development.

Now I’m not saying that the Nashville attack was definitely done by 5G conspiracy nuts. Just that joining those dots seems more than obvious. And why the major media wishes to avoid that connection? That must mean there is something darker afoot, and isn’t that what Joe Biden warned the world about..? https://deadline.com/2020/12/joe-biden-covid-19-1234660711/ 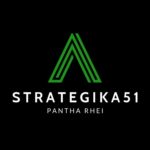